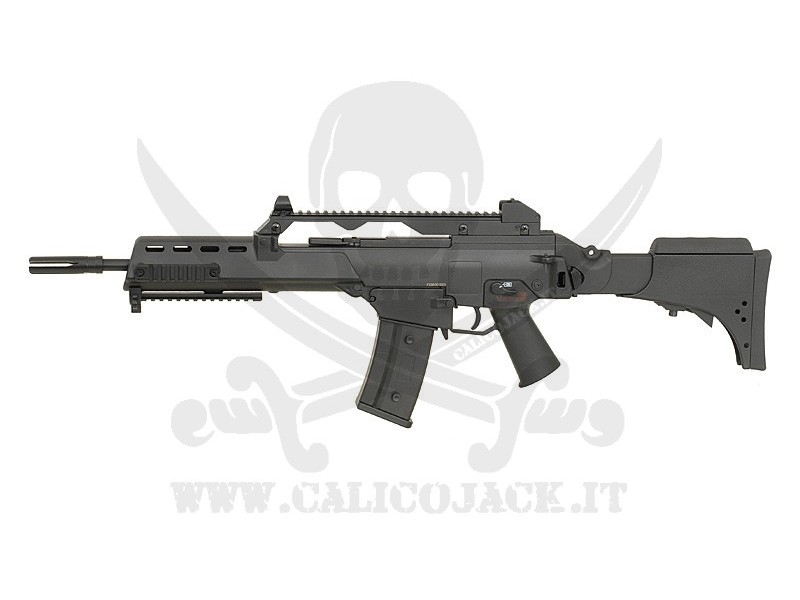 Very well made replica of G36C by Jing Gong. It is replica of assault rifle that is commonly known in the world. Original firearm is used by special forces like: SAS, GROM, Bundeswehr, GOE, Spanish Air Force and many more. It also popular in the airsoft sport environment because of relation between price and realization. The body is made from high quality ABS that is very durable and looks almost as polymer that is used in real firearm production. All replica parts are fit very well. Replica like original is equipped in both sided accessories and it can be used by left and right handed Operators:

Replica have long picatinny rail on top and all tactical accessories mounted on 22 mm rail can be mounted on it. The front handle is equipped with a short picatinny rai ( 3x).
There is almost 14 mm counterclockwise thread under flash hider and some silencers won’t fit very well without modification.

7 other products in the same category: